Is a large sable female, strong and proportionately built weighing over 34 kgs. She is hyper active, very confident and has visibly big paws. She has big bones and paws characteristic of her pedigree lineage. Naomi has produced tremendous puppies with stable temperaments before. The father/sire of Naomi is Kilele Fire Power. The father is a beautiful black and gold coloured dog with lots of drive and courage. His parents were Casar von Godalis (imported from Germany out of world class parents Paer von Hasenborn and Chayenne vom Karthauser Lowentor) and Ch. Kilele True Love (East Africa Kennel Club show champion out of Quaros D'ulmental - Italian import and Monalisa Camilla)

The Dam/mother of Noami is Kilele Queenie. Also a great female. She is sable in colour. The parents are Ch. Godalis Bandit (imported in utero from Germany from parents Rikkor von Bad-boll and Grit vom Haus Zieglmayer) and Schlossblick Betty (out of Ch. Kilele Arno and Tessa vom Strothetal - a German import female)

Naomi is confident and loves protection work. She is a dominant female and her combination with Buddy is expected to produce black and tan or red and tan and sable puppies with high working drive and strong tough nerves necessary for working line dogs. She is good at bite work, her bite is aggressive, firm and fearless 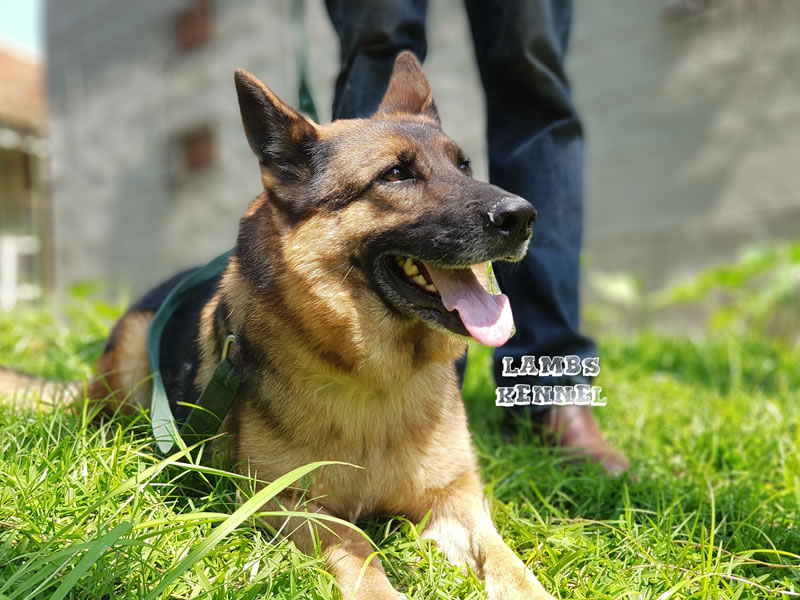 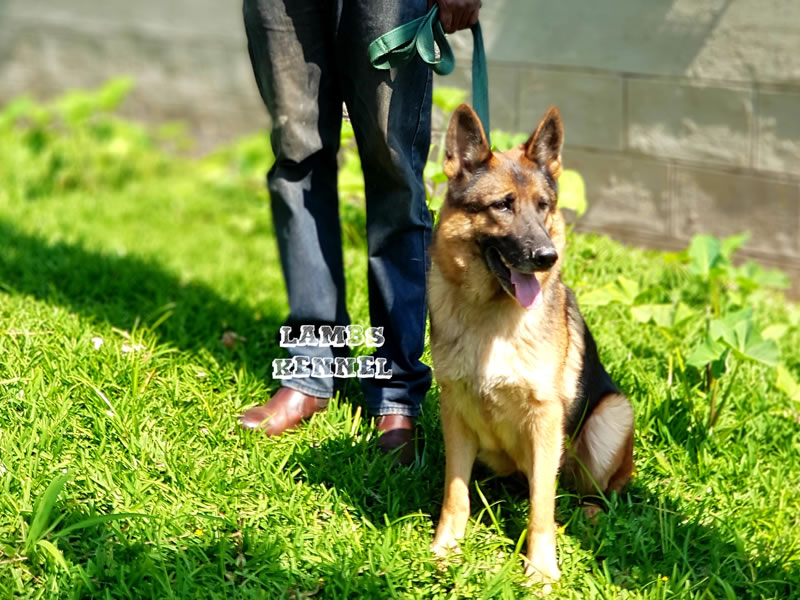 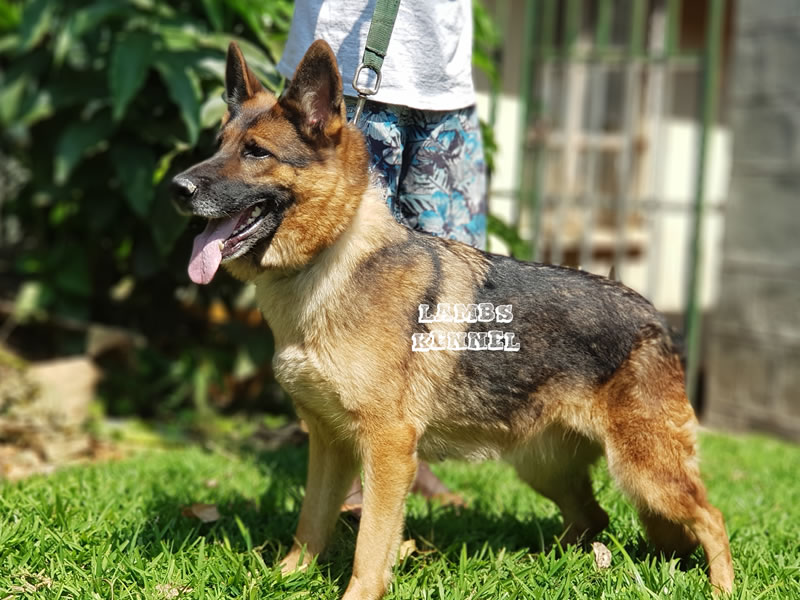 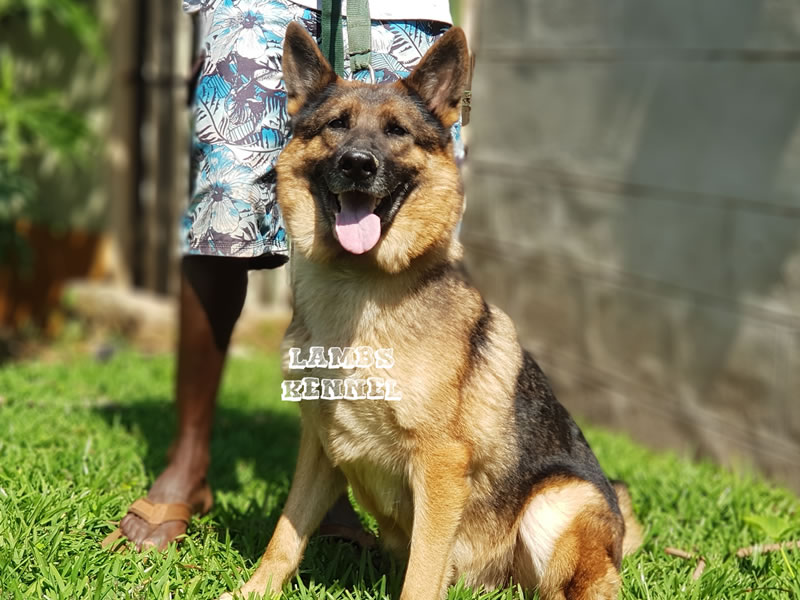 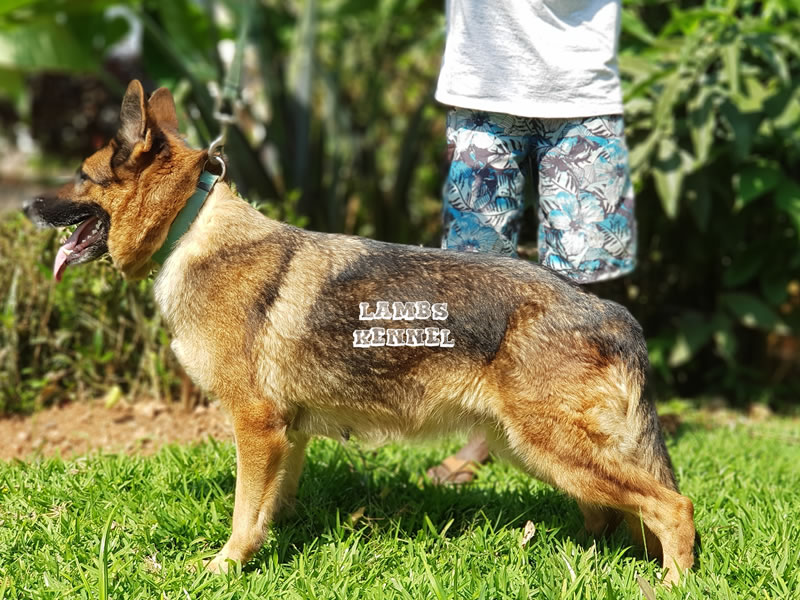 Call LAMBS-Kennels today for a pedigree GSD puppy and sound advice. Make your booking today or even better just call us for any inquiries.